ikeyfob.com will cut your Acura MDX key if you are in Maryland, Virginia and Washington DC. 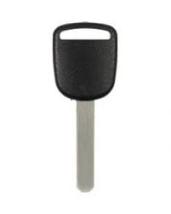 is a wildly popular three-row seven-passenger luxury mid size crossover SUV. More than 900,000 have been sold in the United States since its introduction in 2001. Built on the Honda Pilot platform, MDX features front wheel drive standard or optional all wheel drive, V6 engine and automatic transmission.

MDX (2007-2013) has Honda Type 7 or Type 8 Keyed Ignition Systems. Both types use Philips 46 (V) chip high security sidewinder transponder ignition and door key. The Ilco part number is HO03-PT. The Service Key part number is HO01SVC.  Additional keys can be programmed for (2001-2013) MDX with a diagnostic or cloning tool. When a diagnostic tool is used all existing keys must be present during the programming procedure. Working keys not present will be erased from memory and will not start the vehicle after the programming procedure.